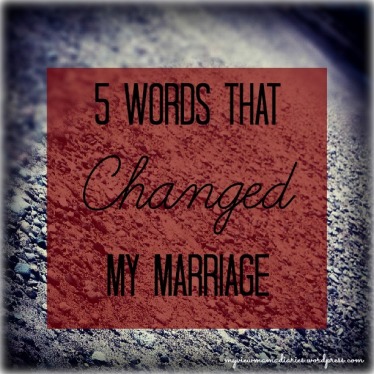 Many people have expressed the sentiment, ‘I married my best friend’. I would have to agree with that statement, although perhaps much more literally than it’s usually intended. I -actually- married my best friend. My husband and I were fortunate enough to grow up together; he was my first and last crush – I was in love with him at four years old. Although we had our ups and downs, there is something utterly binding that accompanies a connection like ours. It’s always been there, and always will be.

Even so, it’s not always perfect. We’ve had our share of challenges, disagreements, struggles and pain. I know it may seem as though we’ve had it easy – we’ve known each other our whole lives! But, as it is with many, there are still parts of ourselves that we find difficult to divulge, even to those we are closest to.

About two years into our marriage we found ourselves in what I will refer to here as The Desert. Divorce is not a word that exists in our vocabulary, so it was not a struggle to regain footing in our marriage, but rather our relationship. We had grown apart. For reasons caused by circumstances beyond our control, we found ourselves in a time of relational weariness. We were no longer the indestructible team we used to be. Indestructible, yes. A team? No. 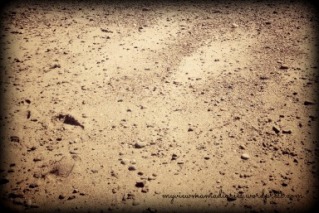 It was in this time in the Desert that independence and self-seclusion drove a void between us that was difficult to breach. And the scariest part was, we didn’t know it had happened. At least, not at first. When we did catch on it was too late and we found ourselves hopelessly lost in the chasm that had swallowed us up. We were together, but we were not in unity.

My husband is a man of God; a man of integrity. He recognized and addressed the problem before I did. And that’s when he asked me, with all the passion of a man unwilling to give in to a mediocre marriage, “Just let me love you.” 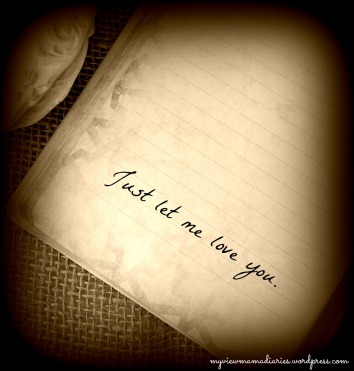 I cannot express the agony I felt when I realized that, while I had thought I was trying to grow closer in our relationship, what I had actually been doing was pushing him away. It was in that moment that I realized I didn’t know how to receive love very well. It was not a skill I had mastered. Mostly because I had never looked at it as a skill to be acquired; it had always seemed like something you either had or you didn’t.

I was raised in a godly, loving family without major trauma or dysfunction, and I had married an amazing, loving man that I was madly in love with. How could I not be good at receiving love?

What I came to discover in the months following that night have changed the way I view love, marriage, myself, and most importantly, my Lord and Savior, Jesus Christ. Because ultimately, if I can’t receive love, I can’t give it either.

I’ll be finishing this story in another post, but in the meantime, share your thoughts. Have you ever struggled to receive love? Do you find it difficult to open up to others and be ‘real’? Leave a comment, I would love to hear from you!

9 thoughts on “Five Words That Changed My Marriage {Part One}”